Three new shows of ABS-CBN started yesterday night, namely Kung Fu Kids, Lobo and Palos. although the three shows weren’t able to defeat their counterparts on their pilot episodes, at least the ratings weren’t that bad.

The Supreme Court has decided that ABS-CBN personalities can be sued for the Ultra stampede tragedy.

17 ABS-CBN personalities were originally identified as liable for the death of 71 Wowowee fanatics during the February 4, 2006 Ultra stampede.

Dug from the Buzz (last Sunday: James Yap was interviewed. Di sila nagpansinan ni Kris), 24 Oras (last night: Kris was interviewed) and this Saturday on StarTalk (the alleged relationship between the Purefoods basketball player and the Belo Medical employee).

If someone in the past borrows from folk or pop culture, he shouldn’t be invoking intellectual property right. There’s this thing we call prior art.

Lito Camo gave a warning in TV Patrol: He said he has given only one politician (Zubiri) the “exclusive rights” to use “his” song as campaign jingle and will sue anyone else who uses it without his permission.

But is Boom Tarat Tarat just his song? Check the tune of The Farmer in the Dell and A Hunting We Will Go, both traditional children’s songs. Lito Camo had always been borrowing from pop and folk culture. Bulaklak‘s chorus borrowed heavily from an action song that kids play on the streets, for one. And the phrase “boom tarat tarat” is from a Boy Scout chant / camp fire song.

Topic Name: Boy Scout chant “Boom Tarat”
Topic Description: Just want to inquire if it is correct to say that the popular Willie Revillame (Lito Camo) song “Boom Tarat” was taken from one of the camping chants of the boy scouts. I believe I have had heard and chanted this before during my scouting years.

Sampling is a common thing nowadays. But claiming that you what you don’t is a different thing.

sampling is the act of taking a portion of one sound recording and reusing it as an instrument or element of a new recording.

By the way, whatever happened to the case of Chandeliers and Pinoy Ako?

Ai-Ai has been offered new shows in ABS-CBN so she is going to stay. She was supposed to move to another TV station. Read it here.

The audienceâ€™s deafening response when he and partner Kim Chiu came out on the Araneta Coliseum stage during the Bench undies show surprised Gerald Anderson.

â€œWe really didnâ€™t expect it, kasi weâ€™re just new and there were many other stars whoâ€™re much bigger than us,â€ he says. â€œAnd yet, grabe talaga ang screaming and applause.â€

He was discovered by Joross Gamboa while the latter was performing in Gen. Santos City, where Gerald is based. Joross introduced him to his manager, Jun Reyes, who then brought him to ABS-CBN to join PBB Teen Edition.

Now, they say heâ€™s more popular than Joross and it wouldnâ€™t be surprising if Joross would be insecure of him. â€œHindi naman siguro. Weâ€™re like brothers as we have the same manager. Heâ€™s very kind. Three years na siya sa showbiz and he gives me advice on how to handle things.â€

Gerald was seated with Kim as we interview him and they keep on teasing and tickling each other. Has something romantic developed between them?

â€œNo, not yet. Weâ€™re just closer now as friends and weâ€™re having fun being paired together. Sa taping, kulitan kami lagi, kaya masaya sa set. Sheâ€™s only 16 and Iâ€™m 18, so we donâ€™t have to rush things.â€

PBB has really changed his life a lot. â€œI had to leave GenSan and get a condo unit with my brother near ABS para mas malapit sa work ko. I now miss my family so much, but I guess I have to sacrifice because I really want to be of help to my parents and siblings.â€ 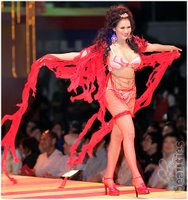 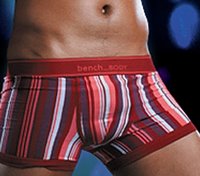